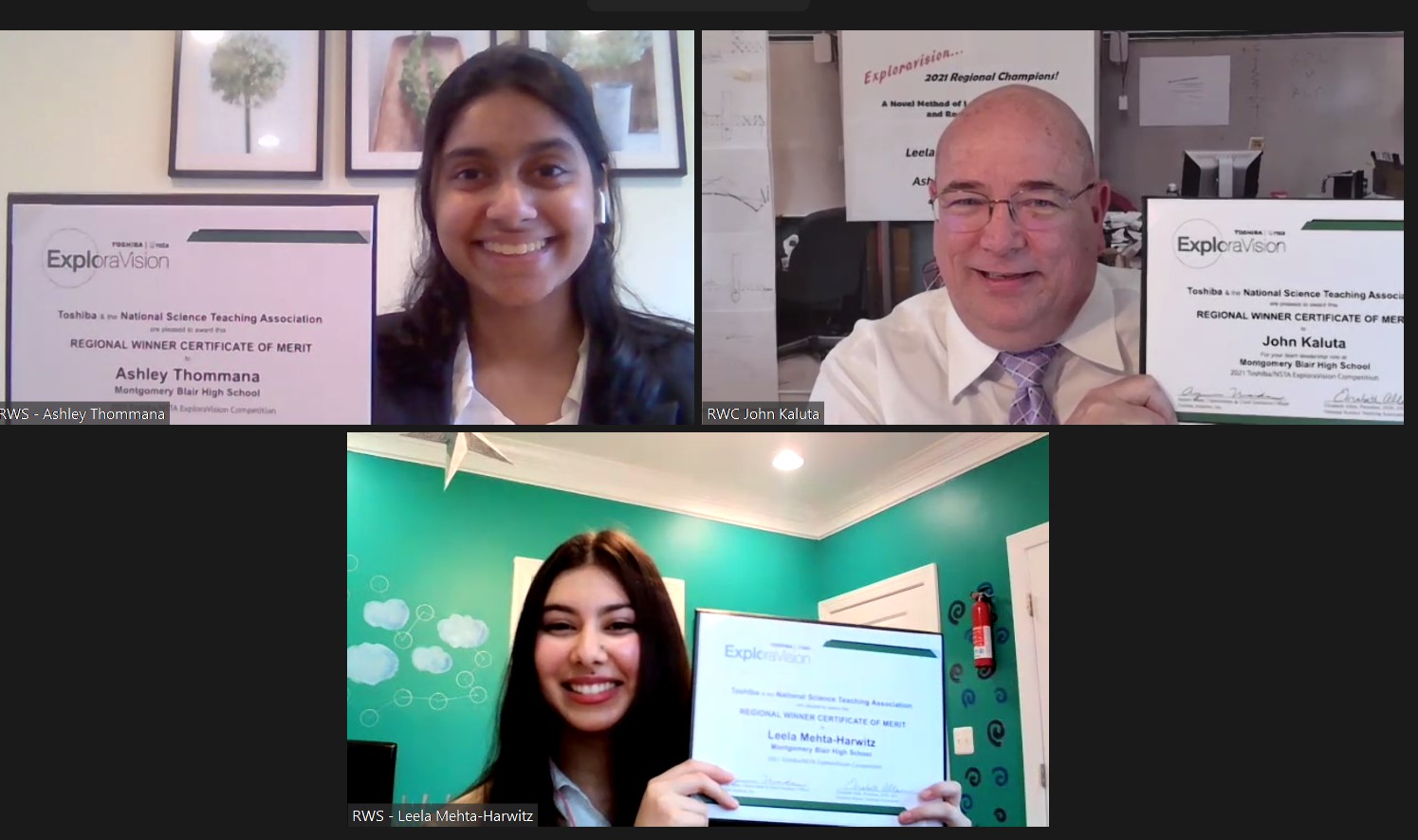 The Montgomery Blair team researched innovative lung therapies and found an intriguing solution to present-day issues with lung transplants.
Abridged description: Therapies for chronic respiratory diseases are risky and waiting for a transplant can be fatal. Autologous transplantation offers hope for a timely and less risky therapy for some patients. Our method offers improvements to ex vivo lung perfusion to prevent ischemic reperfusion injury and repair damage in the alveoli.

This team of young women designed a robot called C.A.R.D., Ceosote and Ash Removing Device, that can climb inside of chimneys using a futuristic rubber wheel that would mimic gecko setae and stick to the walls of the chimney. Creosote buildup is a fire safety hazard and creosote removal is difficult and a health hazard. With operating systems patterned after robotic vacuum cleaners and pool sweeps, C.A.R.D.can improve health and safety.

Our project tackles two issues surrounding climate change; carbon emissions and landfills. Our technology vents carbon emissions from a nearby factory, into our mycelium growing factory through connecting smokestacks. We propose that we use carbon capturing mycelium as a way to fuel the creation of more eco-friendly diapers. Doing this reduces climate change and pollution, both large concerns for the habitants of Earth. The eco-friendly diapers will decompose faster and easier while also emitting less methane than usual disposable ones, while the factory used to grow its absorbent material prevents carbon from polluting the air.
Abridged description: As the population grows, the need for eco-friendly diapers becomes more prominent. The current disposable diapers have detrimental effects on the environment, from its production to the end of its lifespan, around 500 years. Our diapers will be fully biodegradable, saving the planet from the horrible decomposition of modern day diapers.We also propose using carbon emissions from a nearby factory to grow mycelium for our diaper’s absorbent material which prevents harmful greenhouse gasses from entering the atmosphere. 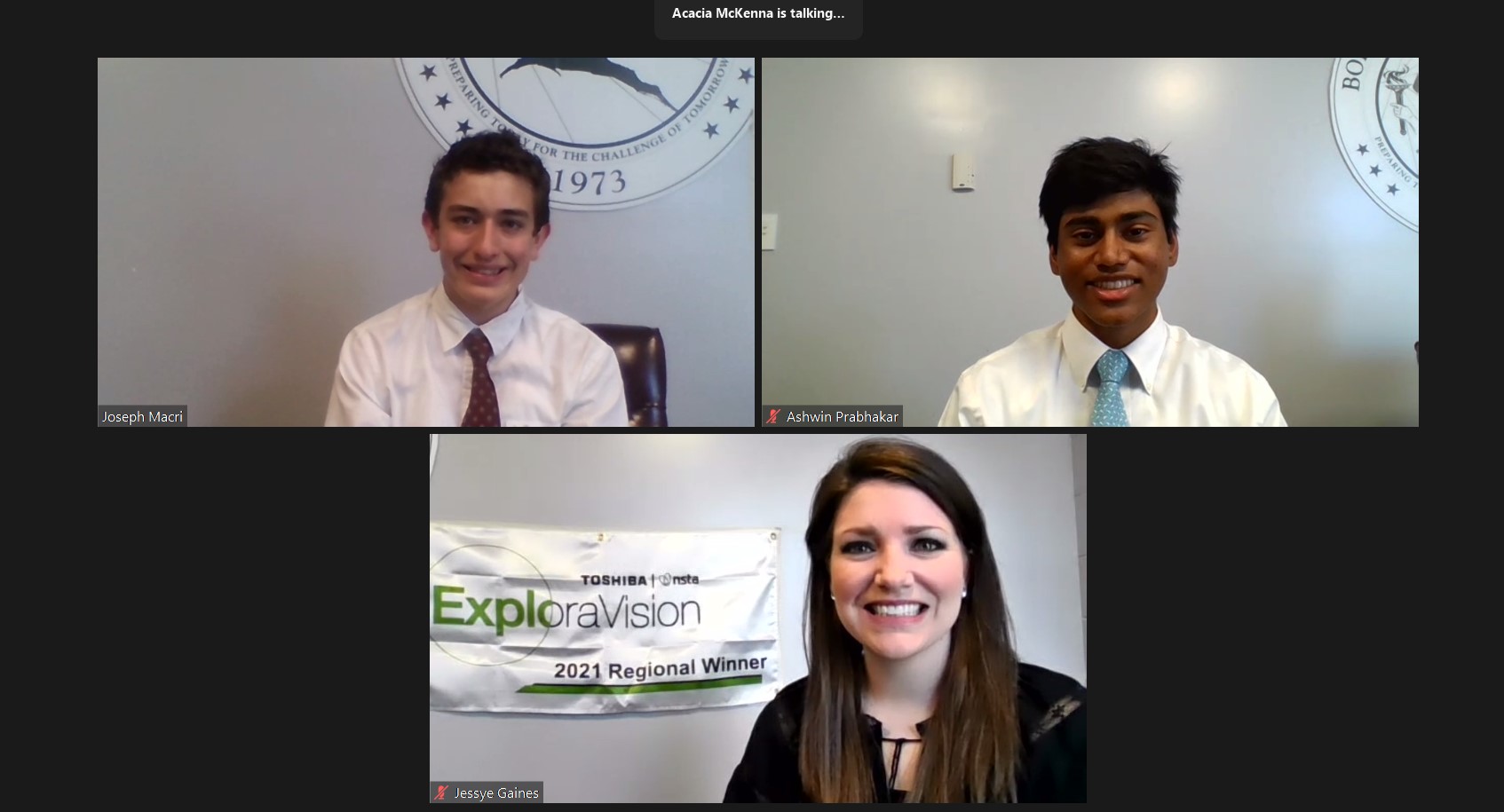 The goal of this project was to develop a system to protect pollinators like honey bees from pesticide toxicity. These pesticides bind to receptors in the nervous system of honey bees causing neurological dysfunction and subsequent death. To combat this, we present a novel peptide and bacteria based dual targeting system to mitigate the pesticide’s effects. Our autonomous solution comprises of a drone equipped with a machine learning algorithm to first identify crops and select the precise locations for pesticide neutralization. Next, the drone’s artificial intelligence system selectively dispenses an optimized concentration of formulations comprising of (a) synthetic peptides with high affinity to pesticides eliminating their ability to bind to the receptors in the nervous system and (b) bacteria mixtures with specific enzymes for rapid biodegradation of pesticides. Our technology provides a solution for current pesticide use while providing a sustainable environment for honey bees.

Pancreatic cancer, a leading cause of cancer-related death, has the highest mortality rate for all major cancers. In fact, 50,000 people in the United States die from it annually with 460,000 deaths worldwide. Because this cancer typically goes undetected until late stages, many traditional treatment plans, including chemotherapy and radiation, are too little too late. Rather than using those “spray and pray” methods, our team proposes a more targeted treatment which we call Lykosa. This biosynthetic, liposomal construct uses the technology of receptor-mediated membrane fusion of ligand-targeted liposomes to selectively kill cancer cells. Through Lykosa, we envision a future of improved patient outcomes through lower remission rates and reduced side effects by harnessing the science of bioengineering to launch a cancer cell-specific attack.