3 ExploraVision Inventions Ahead of Their Time Are Now Reality

Our ExploraVision competition has inspired science and innovation for 25 years. Throughout this time STEM students in the US and Canada have engaged in real-world problem solving before it was widely adopted. Challenged to envision and communicate new technology 20 years in the future, students have collaborated and created inventions that are now available! Learn about some of the innovations students imagined up years ago and are now a reality. 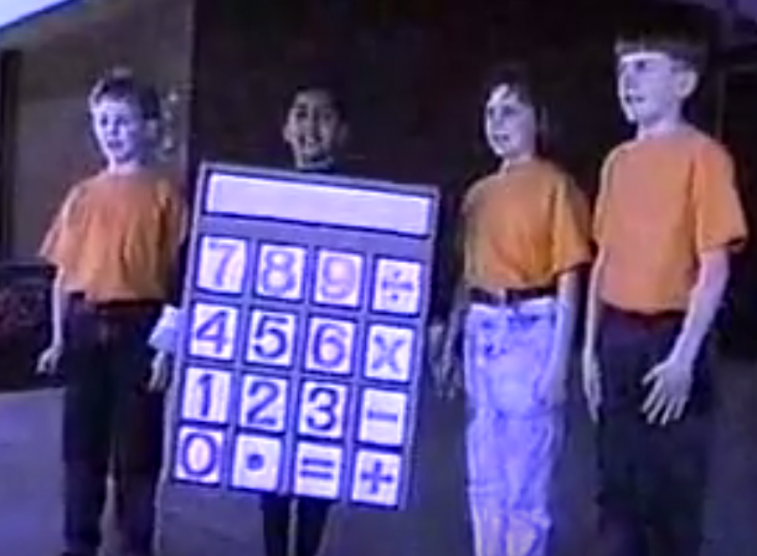 PAL: The Friend of the Future

While smart watches are common devices in the 21st century, the word “wearable” hadn’t hit the mainstream in 1993. These imaginative ExploraVision winners from Chattahoochee Elementary School in Duluth, GA created a concept for a wristwatch with online capabilities. The Personal Automated Lifeguard, or “PAL” for short, combined a calculator, clock, phone, computer, and color TV in a single wrist unit. Smart watches of today not only have calculators and online capabilities, but can track your biometrics and send text messages from your wrist. These ExploraVision winners were not only visionaries, but also ahead of their time! We recently caught up with one of the team’s winners who used his skills to make a career in aerospace engineering. 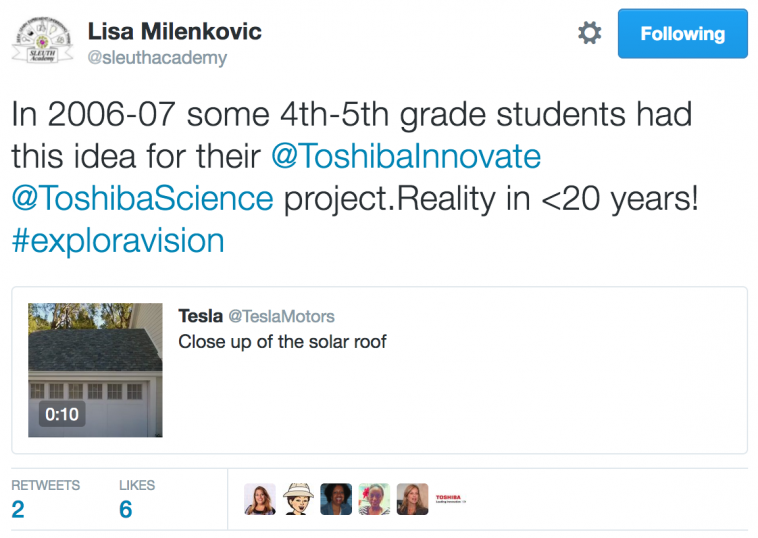 Caption: Lisa is one of the many teachers who share their current and past ExploraVision projects with us on Twitter.

Students who address a need in the world often create successful ExploraVision projects. This was the case for the young engineers in 2005, who created an early concept for solar roof panels. Lisa Milenkovic, a teacher at SLEUTh Academy in Broward County, FL shared an example of how her students used Hurricane Wilma as inspiration in this tweet. These students were able to envision a way to not only capture renewable energy, but create a power resource during natural disasters. The concept of harnessing the sun’s energy to power homes isn’t new, however, solar roof tiles have now just recently become a reality. 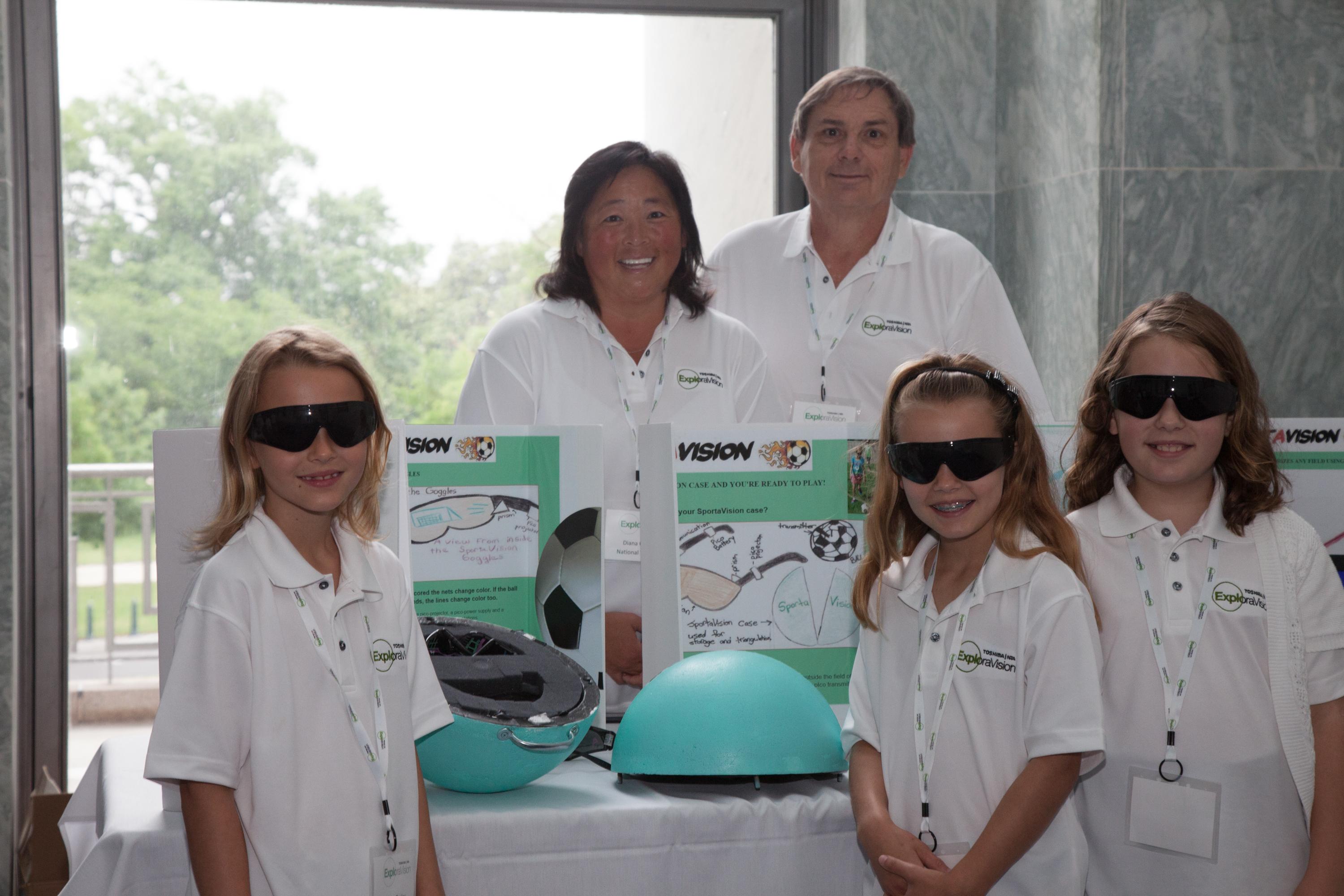 Caption: Diane Celle has decades of experience leading ExploraVision projects at her school. Here is pictured in 2015 with her team’s SportaVision invention.

In 1996, the term “smart refrigerator” was likely associated with A-graded papers proudly displayed on a large appliance. However, young STEM students from Holmes Elementary School in San Diego, CA imagined a world where their Refrigerator-With-A-Brain could share recipe suggestions, draft grocery lists, and find bargains online. Today, high-end refrigerators not only have those capabilities, but stream entertainment, track calendars and re-order groceries. Learn how Diane Celle has successfully incorporated ExploraVision into her Holmes Elementary School classroom for 20 years.

ExploraVision students over the years have been able to use STEM concepts to come up with innovative ideas for the future for 25 years. Read what our past winners are now accomplishing now as young adults and leading professionals.