The closing day was quite an event. A crowded auditorium. Dignitaries from the US embassy in Japan, the US-Japan Council, the National Science Teachers’ Association and Toshiba. Guests and observers. Nervous students…

In keeping with the expanded scope of TTA, there were more presentations this year. The teachers who took part in their own development program shared their thoughts on the program, and the TAs, veterans from last year, shared memories and impressions of this year. But the main event was the presentations by the four groups.

To quickly recap, they had to identify a city, analyze problems and propose solutions. The Green team kicked off with Sendai in Northern Japan, and proposals for a thriving community protected from future tsunami. Yellow countered with Bago in Myanmar, a community struggled to recover from devastating monsoons and landslides. The Red team focused attention on San Salvador in El Salvador, a poor, gang-ridden city that has had to contend with six quakes of magnitude of five or more in the last 64 years. Blue focused on Manila, and the many challenges facing one of Asia’s most haphazard cities.

All four clearly stated the problems, and elaborated solutions ranging from the environment to communications, energy and healthcare. It was all pretty impressive.

The efforts of the students were commended by Mr. Akashi Suri, the Assistant Cultural Affairs Officer at the US Embassy, and Mr. Shiro Saito, Corporate Vice President of Toshiba and General Manager of the Corporate Research & Development Division.

The event was closed in stirring style by Bill Nye. Taking the stage, he talked of a world of nine billion, the challenges to come, the need for optimism and the understanding that technology had to lead the way. He emphasized to the students the need for advances in energy, decentralization, desalination and a CO2 usage fee; and most of all he reminded them that they were the future. In stirring tones that turned a personal motto into a battle cry, he looked intently at the students and told them, “Change The World.” 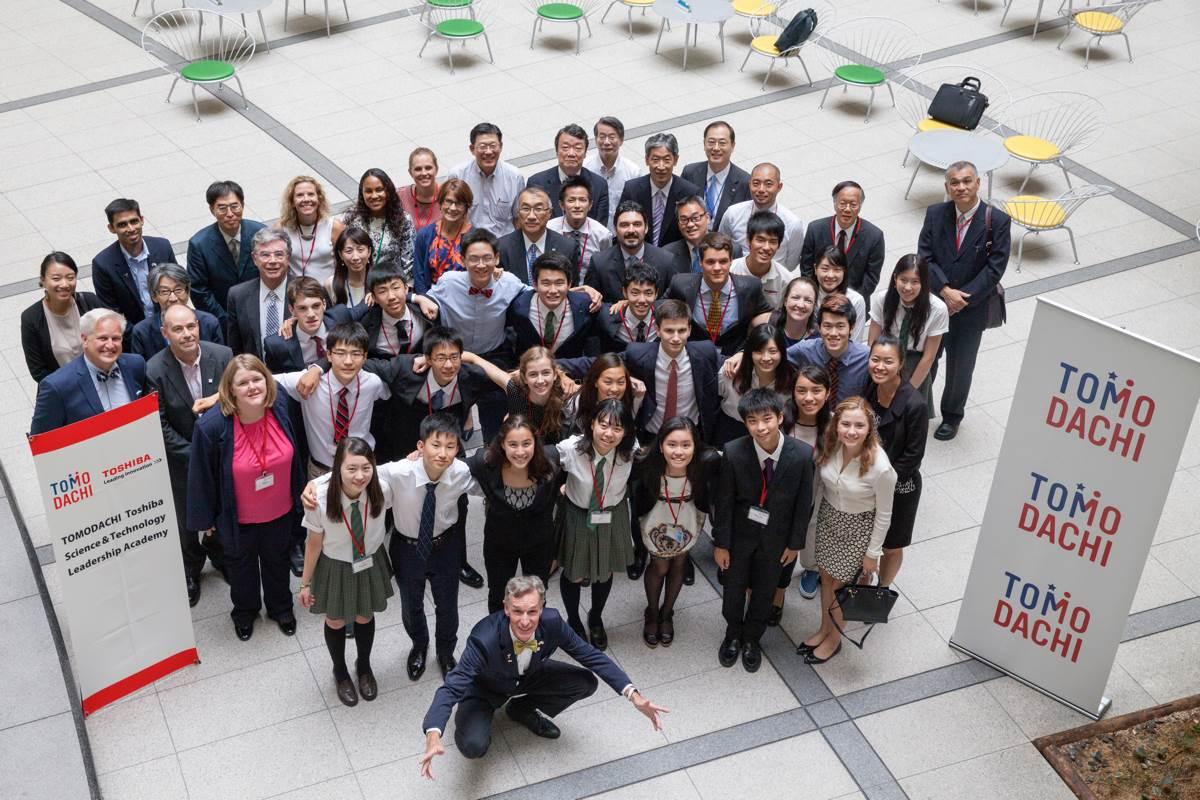