Jorge Vidal, a former ExploraVision national winner, is now a college student at Texas A&M University majoring in Computer Engineering. Jorge participated in ExploraVision throughout his K-12 education and racked up numerous national awards and honorable mentions with his team members. Let’s learn more about what he has learned and what advice has for students. 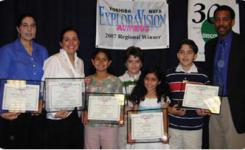 Tell us about your involvement in ExploraVision

I first heard about the program in 2006, when I was in 3rd grade at Discovery School in Edinburg, TX. The class team brainstormed a use for nanotechnology in diabetics and won an honorable mention. In 2007, we won 1st place nationally with a similar team and refined version of the previous year’s submission: Diabetes Assistance and Prevention E-System (D.A.P.E.S.) . Then in 2008, we created a new team and won 2nd place nationally with Taste Bud Modifier System (TBMS) . Over the course of middle and high school careers, my team members and I have continued to earn honorable mentions. 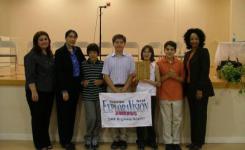 What new skills did you learn?

I had to learn how to become a better public speaker! When Bill Nye interviewed my team after winning 1st place in 2007, we all clammed up in front of the cameras. Over the years, it got much easier to share ideas in front of large audiences. Part of the reason I was elected senior class president at my high school was due to the speaking skills I learned from ExploraVision. Overall, the entire process of brainstorming, developing ideas, working with others and researching made me a stronger STEM student.

Do you have any advice for students?

Don’t procrastinate and be sure to meet on a weekly basis—sometimes twice a week as it gets close to the deadline. Before you start creating a project, look through the gallery of previous years’ winners to make sure your team’s idea is unique.

ExploraVision is a competition for K-12 students in the US and Canada that sharpens creativity and critical thinking skills. It’s not too late to register and give your students the confidence boost they deserve. Register here.