(BPT) – The ideas that will shape the future aren’t just coming from high-tech labs and research centers.

Creative young minds are dreaming up innovations for a better tomorrow as part of the Toshiba/NSTA ExploraVision program each year. The science competition invites teams of students from kindergarten through 12th grade to pick a current technology and envision what it might look like 20 years into the future.

Here are just 10 of the winning projects from the 23-year-old program that are right on trend with what technology companies and scientists are working on today. Imagine a world where you can … 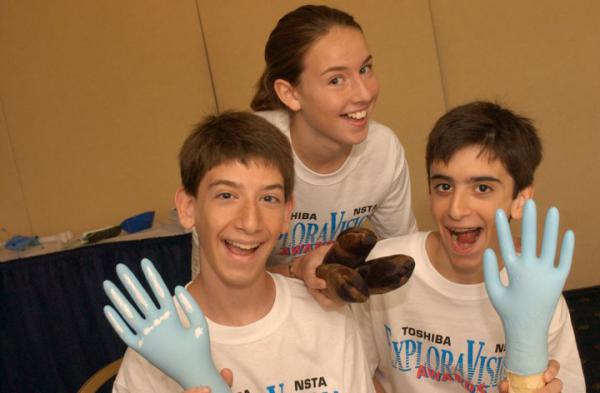 Say goodbye to E.coli. These kids from St. Louis, Missouri came up with an easy, visual way for meat handlers and restaurant workers alike to detect E.coli-infected meat and prevent food poisoning. The E-colocator Gloves rapidly identify infected meat by changing color when they come into contact with the bacteria. 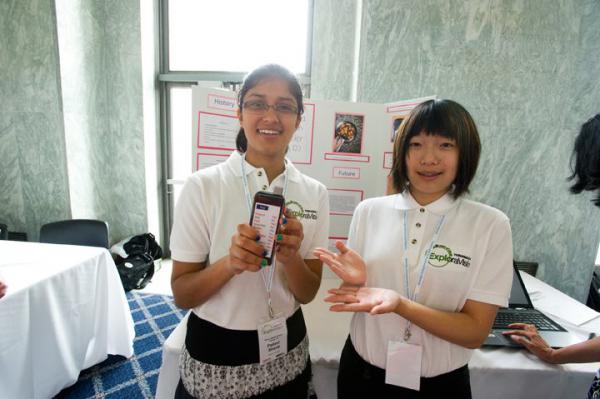 Avoid food allergens without even having to read the label. In a similar project to prevent food-related illness, these Virginia middle-schoolers developed the Food Allergen Detector, a device that uses a UV laser beam to focus on a food sample and create a “fingerprint” that identifies allergy-triggering ingredients, like peanuts, eggs and wheat. 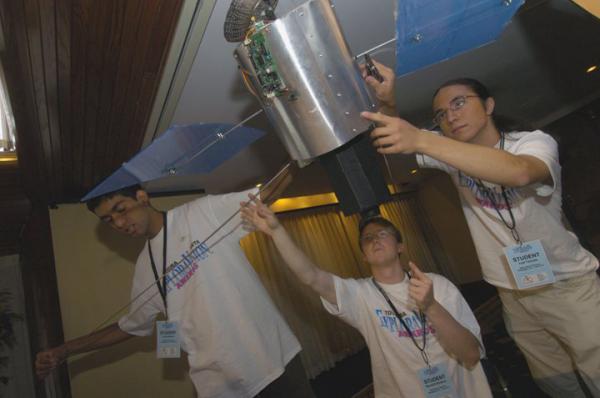 Have extra time to prepare for a tsunami. Inspired by 2004’s devastating earthquake and tsunami in the Indian Ocean, this group of New Jersey high school students created a new way for scientists to detect this kind of catastrophic seismic activity. The Earthquake Detection: 7,400 Leagues Above the Sea device is an early-warning tsunami detection system that uses geosynchronous satellites to detect electromagnetic waves and magnetic fields weeks before the impending event, allowing more time for preparation and evacuation. 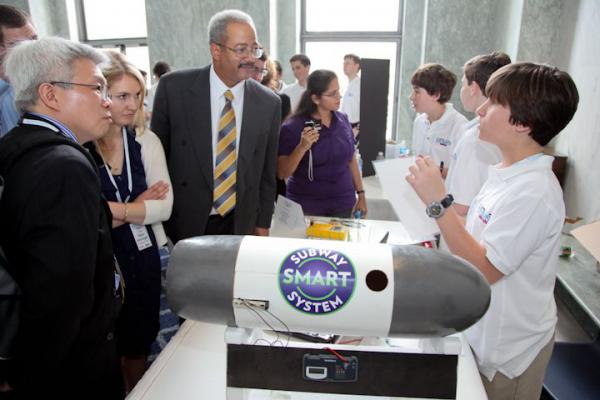 Generate clean energy just by taking the subway. Imagined by a group of New York students, the Subway Smart System captures wasted wind in the NYC subway using Smart Rails that extract energy when trains move down the track, and Smart Grass, a substance that uses a special kind of electricity to harness the power of subway wind to convert wasted wind into usable electric currents. 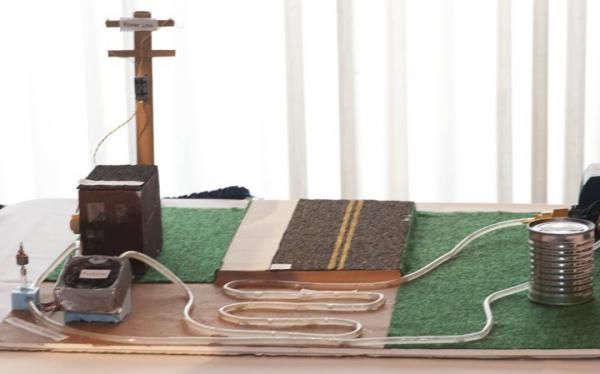 Harness power from the street to power your car. A California team of elementary-aged students created CTRIC Pathways, a new kind of road system that uses wireless electricity and alternate recyclable sources of energy to power automobiles. Vibrating coils are mounted on existing light and power poles to transmit electricity to oncoming vehicles containing “matching” vibrating coil electricity receivers. Then, energy lost by a vehicle is absorbed and recycled by solar windshield guides, creating a full energy reuse system. 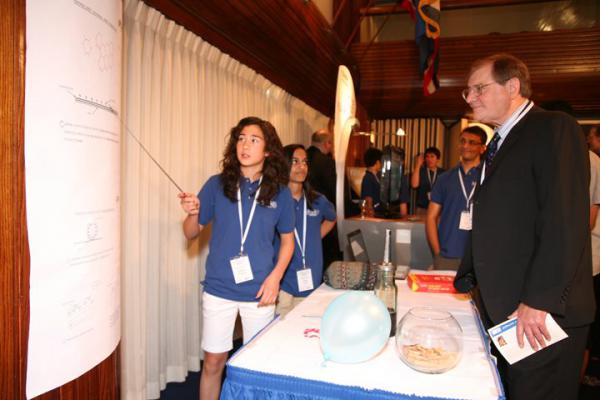 Use a printer that leaves no carbon footprint. After finding that ink toner production leads to increased airborne pollutants and ground water contamination, these Washington students created a concept for EPPIC, an innovative laser printer system. The printer recycles printed paper and ink used on the paper with a special organic renewable pigment and then reuses the collected ink and paper to make new prints. 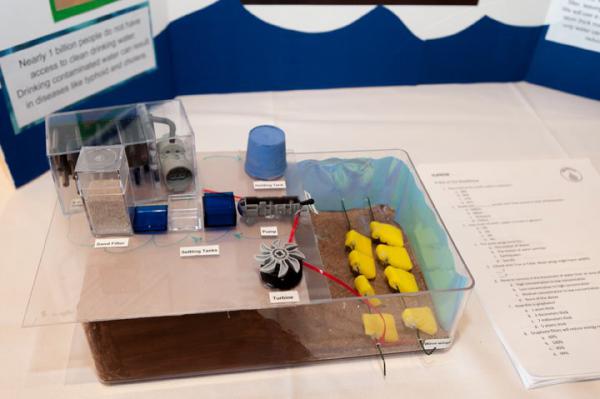 Drink fresh water that is desalinated by ocean waves. After learning that nearly one billion people worldwide don’t have access to clean drinking water, a group of Florida students developed WateRenew, an eco-friendly and cost-effective way to desalinize ocean water. The device is built with wave wings that provide energy to power a state-of-the-art desalination plant. The plant uses reverse osmosis to trap salt particles in a membrane, creating clean and safe drinking water. 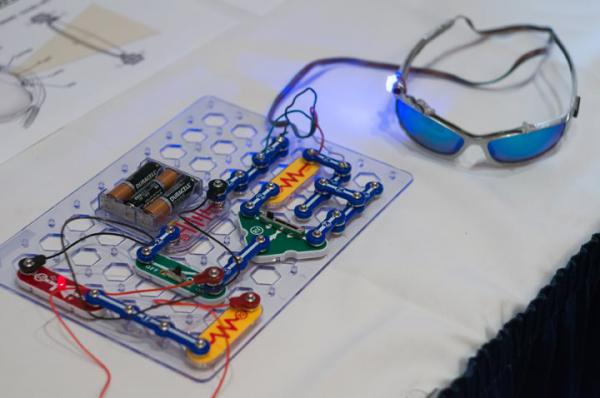 Keep the same eyeglasses your entire life. A team of New Jersey students developed iGlasses, a set of lenses that continually adjust to provide perfect vision, effectively eliminating the need to go to the eye doctor to get a new prescription. The prototype also contains micro-cameras to help with early detection of eye diseases. 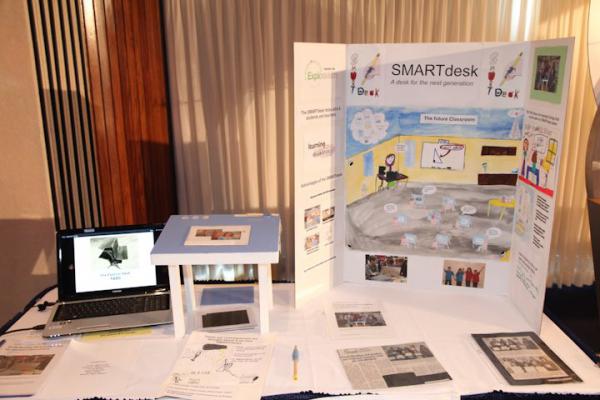 Use your desk for more than just a writing surface. A group of elementary schools students from Massachusetts created the SMARTdesk, fit for students of the future. Using wireless technology and a touchscreen, the desk is equipped with a ruler, pencil, video function and a focusing technology to assist students with visual problems and other learning disabilities. They also created a teacher-friendly version that connects to the students’ desks to help save time grading papers and communicating with students. 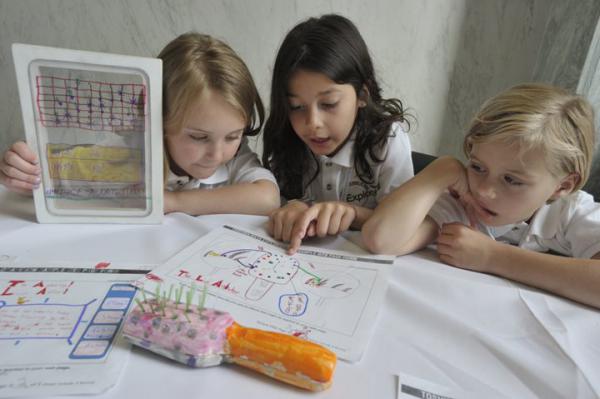 Find and kill head lice with the swish of a hairbrush. A team of budding scientists from Illinois created the Lice-A-Nator, a special hairbrush that uses fiber optic bristles and laser technology to not only detect, but also kill, head lice safely on human heads, clothing, furniture and other objects.