An “eco-friendly” battery that converts carbon dioxide into electricity, solving two global challenges at once. An alarm system that saves children and pets from being left inside a sweltering car. Computer modeling that could result in new drugs for controlling flu outbreaks.

These projects might sound like the work of the nation’s top scientists and inventors, yet they were designed by K-12 students. They’re part of a growing wave of competitions aimed at encouraging the next generation of young innovators—while filling the pipeline for science, technology, engineering, and mathematics (STEM) employees.

Sponsored by companies such as 3M, Discovery Education, Intel, Microsoft, Samsung, and Toshiba, these competitions challenge students to use technology to solve a key problem in their community or the world at large.

In the process, students learn how the STEM disciplines connect to their everyday lives—and they learn how to think like scientists and inventors.

They also learn the value of perseverance.

The Toshiba/NSTA ExploraVision program, now in its 23rd year, targets students as young as kindergarten. Sponsored by Toshiba and administered by the National Science Teachers Association, the program aims to instill a love of science among K-12 students and “helps to develop creativity and problem-solving skills through hands-on experience,” said Masaaki Osumi, CEO and chairman of Toshiba America.

The competition invites students to think 20 years into the future and propose an idea for a new technology that can solve a key problem or challenge. Students must outline how they plan to test their idea and create a mock website to illustrate their concept.

Teams of two to four students, along with a teacher and optional adult mentor, compete in groups based on their grade level: primary (K-3), upper elementary (4-6), middle school (7-9), and high school (10-12). Twenty-four winning teams from six regions across the United States and Canada receive a Toshiba laptop for their school, and each member of the team gets additional Toshiba technology. National winners earn savings bonds and a trip to Washington, D.C., to showcase their ideas on Capitol Hill.

Heidi Walter, a teacher at John Ross Elementary School in Edmond, Okla., has been involved with the ExploraVision program for the last 14 years. Walter works with the enrichment program for first through fifth graders at her school, and last year, her team of second graders won first place in the national K-3 category for their hot-car detector system.

Designed to prevent injuries from leaving a young child or pet inside a hot car, the system involves motion and weight sensors built into the back seat, as well as a temperature gauge. If the temperature inside the car reaches 100 degrees, and the sensors detect a child or pet in the back seat, the windows would roll down automatically, emergency responders would get an alert with the GPS location of the vehicle, and an alarm would sound to notify passersby.

In designing their project, Walter’s students proposed an experiment to figure out which type of alarm would be most effective—figuring that people have become inured to hearing standard car alarms. The students proposed testing different sounds “to see how many people stopped,” Walter told eSchool News. “For second graders, that’s really sophisticated thinking.”

Walter called the ExploraVision program “amazing,” because it “incorporates so many great skills—while letting children explore their own interests” and meeting STEM learning goals.

Projects for the 2014-15 ExploraVision competition are due Jan. 30. To celebrate the program’s 23rd anniversary, the top 23 teachers who submit at least 23 eligible online entries from students will win a Toshiba Tablet, the company said. 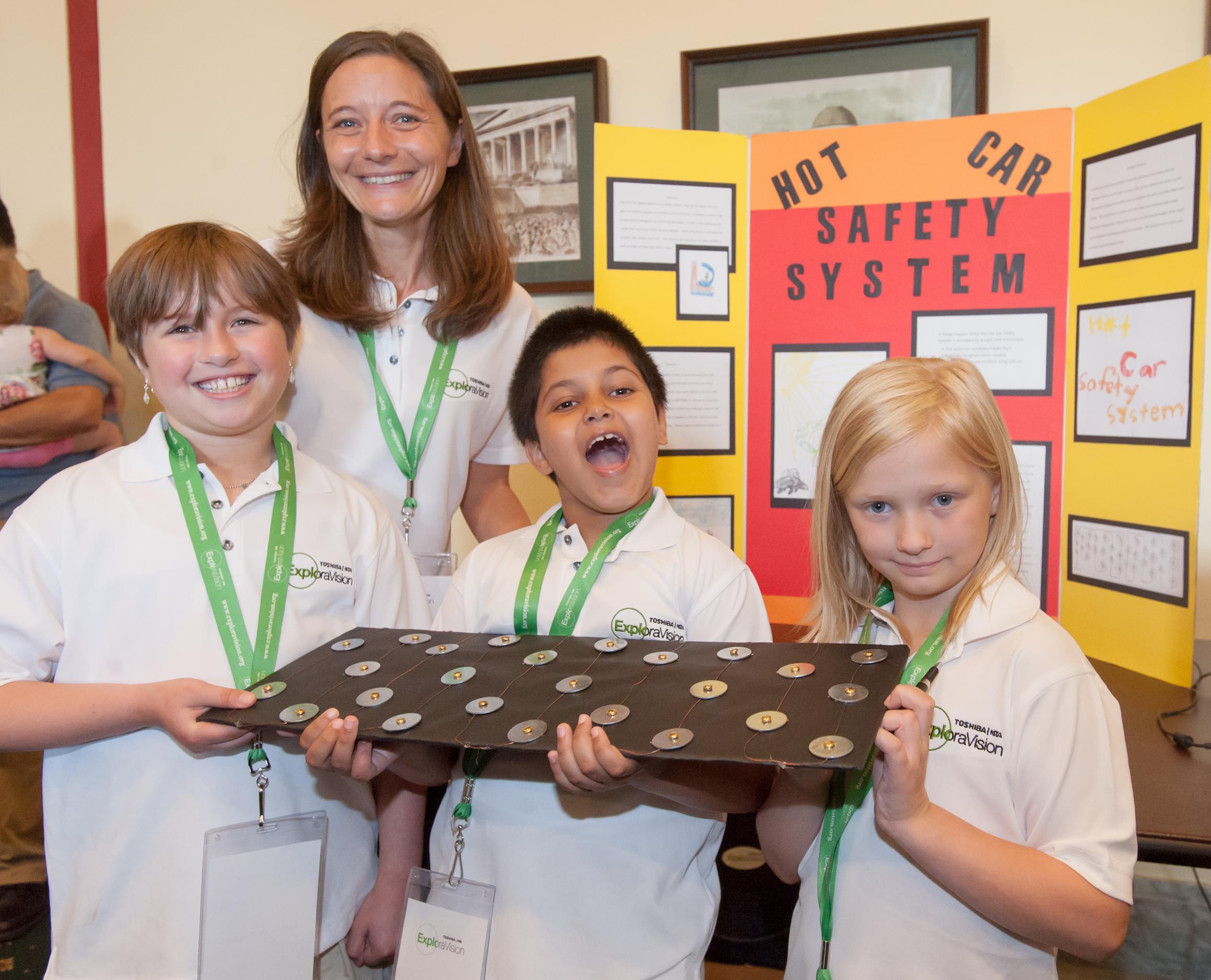